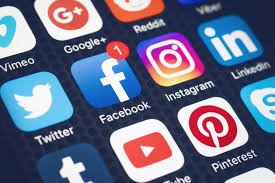 Based on recent statistics collated by MBIE, it is estimated that over 10,000 employment relationship disputes are resolved by way of settlement agreements every year and this figure is continually on the rise. Therefore, it is fair to say that many of you at some point will have engaged in a settlement agreement (or at least know someone who has). What is less clear, is how many of those settlement agreements are actually breached year on year. All we do know, is that more and more parties (usually the former employee) neglect their contractual obligations once settlement monies are received. With the increased use of social media, many see fit to report their apparent successes on Facebook or YouTube, placing them in clear breach of the standard confidentiality provision.

In a recent case, the Authority was asked to decide whether a Facebook post describing a former employer as “d#ckheads” and boasting about the applicant’s apparent success was tantamount to a breach of confidentiality. Here, four days after receiving his ex-gratia payment, Mr M decided to promote his “win” by stating: “I beat another a#shole employer in the employment court, thanks for the $20k donation…They say life’s a bitch, well I just kicked that bitches a#s….lol” Unsurprisingly, the employer was pretty irate, particularly as it had garnered several ‘likes’ and attracted numerous ‘comments’. After politely asking Mr M to delete the post (which he blatantly refused to do), the former employer took matters into its own hands and issued a claim for breach of confidentiality seeking immediate deletion of the post, return of the ex-gratia payment, costs and the imposition of a fine. Now, at this point, you would think Mr M would see sense and delete the post, but not so.

He defended his actions all the way arguing ‘free speech’ and suggesting that his ‘right to privacy’ had been breached by people looking at (and sharing) his Facebook post. The Authority rejected his arguments as nonsense – it rightly ruled that posts made on social media are in a public setting and are akin to a person talking in a public place or venue such as a street or café- and can easily be overheard. There is nothing “private” in this situation.

After deciding that Mr M had undoubtedly breached the confidentiality provision set out in the settlement agreement, it had to figure-out the level of fine to be imposed. This decision is interesting because it identifies a four-stage test based on earlier case law:

In applying the test, the Authority observed that Mr M had deliberately exaggerated the truth of the post to make it sound a “better story” and for it to seem more convincing to family and friends. In reality, the dispute settled at mediation (as opposed to the Employment Court and he did not receive a payment anywhere near the $20,000 stated). His actions were regarded as an intentional breach and sought to undermine mediation as a primary problem-solving mechanism. By deliberately creating a Facebook post to boast about the pay-out meant that he had not kept his side of the bargain that the terms would be kept confidential. The employer rightly argued that news of his pay-out had harmed the confidence of their employees and damaged its reputation in a small industry, even though it strongly believed it had done nothing wrong.

Mr M was criticised for showing no remorse and for continually refusing to delete the post (despite being asked on numerous occasions both prior to, and during the Authority hearing). Accordingly, not only did he have to re-pay the employer, but he also received a hefty fine and was ordered to pay the employers costs. I bet he isn’t posting about that outcome!

The Authority wants this case to be a deterrent for would-be “breachers” – “to let this conduct go unpunished could risk many employers and workers ignoring their on-going contractual obligations, which in turn would significantly undermine the finality and certainty which is fundamental to the dispute resolution regime”.

I must admit, in my experience I have only come across a few cases in which a party has ignored their contractual obligations, but usually, a stern letter normally brings the “breacher” back into line. I am also surprised that the employer (in this case) didn’t also allege a breach of the standard ‘non-derogatory remarks’ provision. To me, not only was confidentiality breached by promoting the settlement terms, but explicitly referring to his former employer in such derogatory terms should not have gone unnoticed.

My parting advice to anyone that has engaged in a settlement agreement is to let matters lie and walk away quietly. No matter which side of the disputed-fence you are on (employer or employee), nor how aggrieved and angry you may feel, once an agreement is signed, let that be the end of it and simply move on.